Crying Suns is a stylish sci-fi strategy roguelite from developer Alt Shift and publisher Humble Games that first launched for PC back in September of last year. The big news today is that it’s set to make its way to the sunny shores of iOS and Android on June 25th, just under three weeks away.

Big boss man Dann pitched it to me as FTL with a real-time Advanced Wars-style combat system, which sounds like a very cool combination indeed. And you don’t have to look far to see plenty of others praising its smart design – it’s earned itself “Very Positive” user reviews over on Steam, for starters.

It casts you as a space fleet commander whose job it is to explore a fallen empire and presumably blow up a ton of enemy battleships in the process. Its story and world are said to have been inspired by the likes of Dune, and you can expect to discover new bits and pieces of intriguing lore with each fresh run. In fact, there are over 300 unique story events in total spread across 6 chapters. 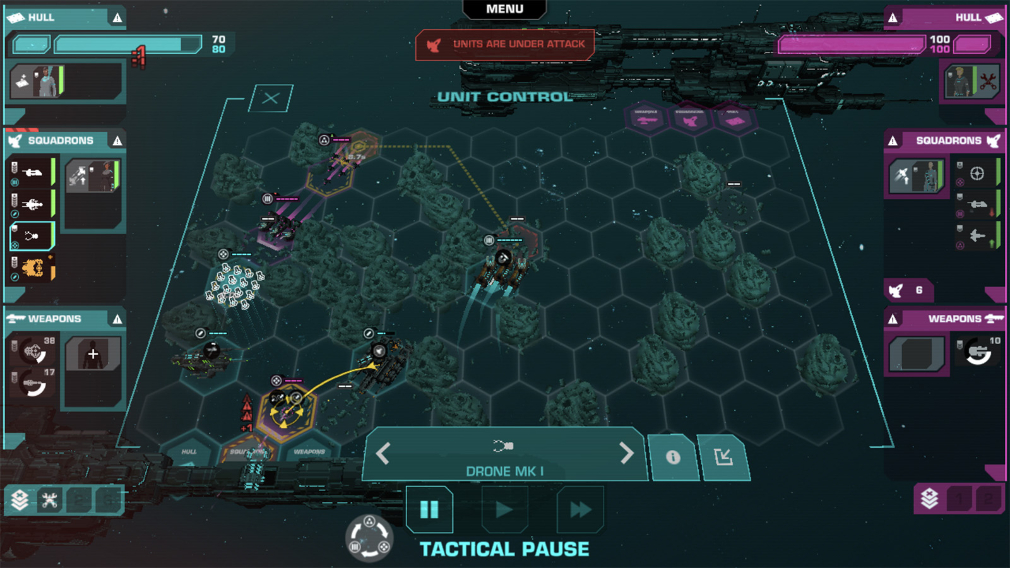 The game has been completely redesigned to suit touchscreen controls on mobile, and it’ll be available for iOS and – and take notice of this – “high-end Android devices”. On both platforms, the game delivers a revamped interface and a control system that is said to be intuitive.

At launch, it’ll be playable in English, French, German, Spanish, Russian, Simplified Chinese, and Japanese. Plus, it’ll be a premium title priced at $8.99, and, as I say, it’s currently expected to hit the App Store and Google Play on June 25th.

Fancy testing your mettle on some of the best strategy games around? Here are 25 of our favourites for iPhone & iPad