Skip to content
Android Apps
2019 is finally over and to our surprise; Google only updated its Android Distribution data once during the year. In fact, the last update was received in May – some seven months ago!

In October of this year, Google shared Android Pie’s adoption rate at 22.6%. This signifies to the developers that the version of Android is running on a fifth of devices.

However, Google did not reveal the adoption number of any other versions – including their latest, Android 10.

Previously, Google updated the dashboard monthly, with the last regular update in October 2018. However, it claims that a technical glitch is preventing it from updating regularly and will resume once the issue is resolved.

Unfortunately, Google fails to update the dashboard and even declines any request to provide new numbers to the apps developers.

Here, let’s take a look at some of the key insights from the ‘numbers’ released by Google in May 2019:

But this data is pretty useless as it’s very outdated. And it is also missing the adoption share of Android 10 – Google’s latest release, keeping the developers confused regarding the versions to target and for which version to better optimize the app.

Let’s see when (and if) Google updates the distribution data in 2020! Keep watching this space for more information. 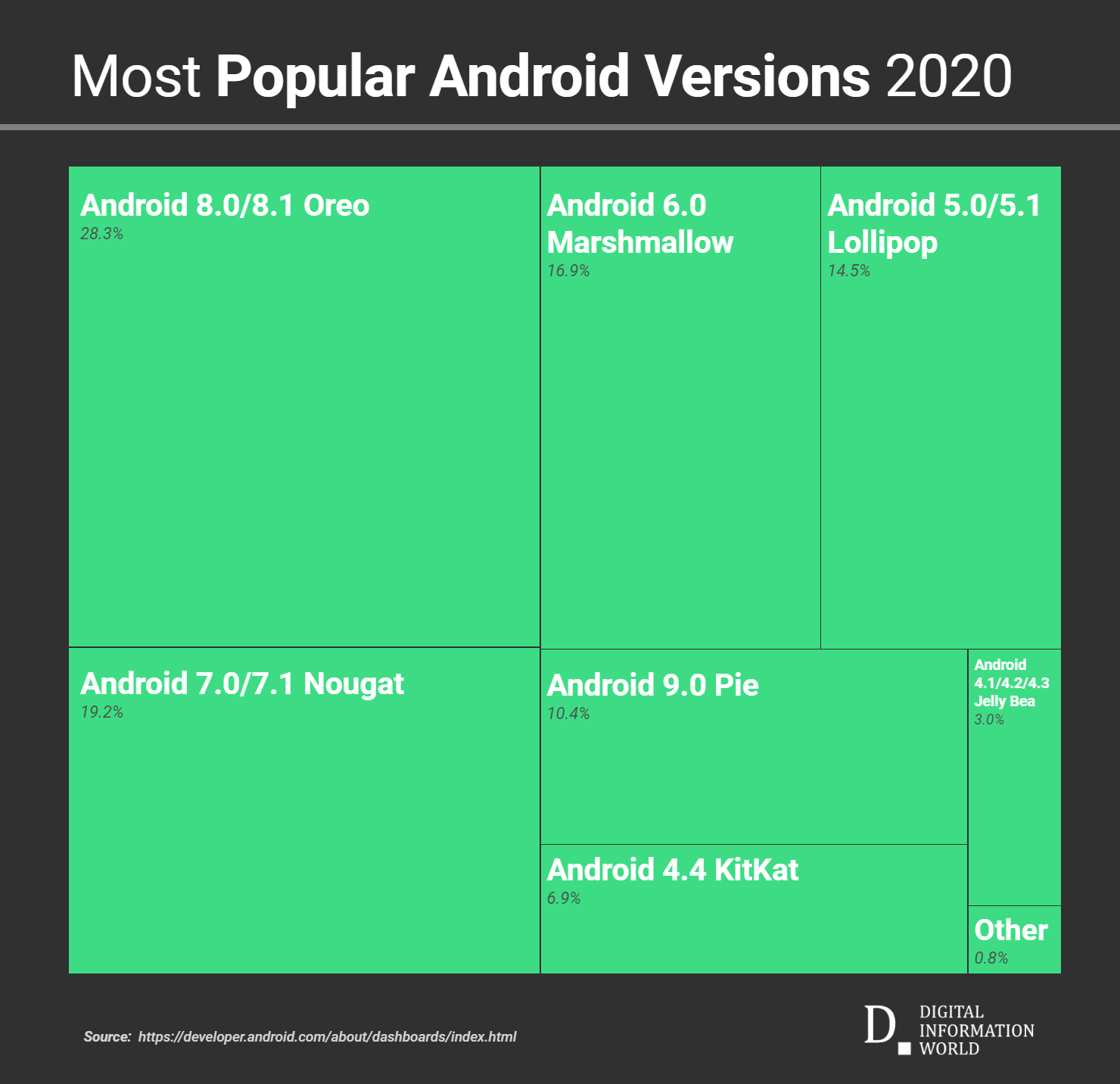 Read next: iPhone XR, Samsung Galaxy A10: These are the Top-Selling Smartphone Model Globally in Q3 2019