Android Q betas gave us our first look at an experimental Desktop Mode on Android smartphones. Enabled through a setting in Developer Options, this Desktop Mode brought up a new Android interface that resembled a more conventional desktop launcher, with the ability to launch apps in freeform multi-windows. Google has even provided more information for app developers to adapt their applications to work harmoniously with a secondary display. Curiously, Google has not really introduced Desktop Mode with much fanfare just yet, as the experimental setting is quite barebones in its approach, needing a lot of fixes and playing around to make it more useful. However, Flow Desktop goes a step ahead in this direction as a launcher, adding more utility to the hidden Desktop Mode.

Flow Desktop builds on Android 10’s Desktop Mode to give you a better experience on a secondary display with a connected keyboard and mouse. At the outset, it is worth mentioning that Android’s Desktop Mode is still considered experimental, and Flow Desktop is also in a preview state with bugs expected throughout the experience. The app provides a very short trial period for you to check out what it is about and then requires purchasing premium in order to support further development. You already need to have enabled Developer Options on your device and enabled the Freeform Windows and Experimental Desktop Mode toggles as well for the launcher to work.

There is a brief device setup to undertake for the first time, so you will need a computer too. The developer has shown off the experience in the video below:

Flow Desktop comes along with several options, including support to change the resolution on the secondary display, as well as the density on it. The launcher enables a more traditional desktop and Windows-like experience on the secondary display, complete with a Start Menu for displaying all apps, the ability to add apps to the bottom Taskbar, and more. Due to inherent limitations with Desktop Mode, right clicks on the mouse are treated as touch long presses, so the context menu is displayed accordingly.

Again, there are bugs to be found in the entire experience, even on officially supported devices. Flow Desktop officially supports the OnePlus 7T Pro, and officially considers the Essential Phone PH1 (no support for display settings adjustments) and Samsung phones (with DeX pre-installed, as they need further tweaking) as unsupported for now. 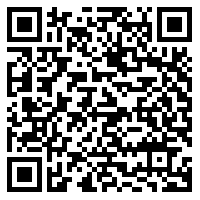 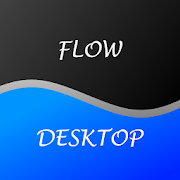 Want more posts like this delivered to your inbox? Enter your email to be subscribed to our newsletter.