Skip to content
Android Games
If there is one game that has held its position for years despite the tough competition going around, then it has be Fortnite. Although the credit for its immense success can be given to the game design or how fans have always loved being indulged into wars that the game offers, the new feat for the game is that Fortnite stands as the new favorite game of United States currently.

The stats regarding the claim has been provided by Satellite Internet that work on bringing together latest insights to determine the favorite game of each state based on the search. While not every part of the United States love Fortnite, yet 20 states seem to love it the most and that seems to be a very significant ratio on the map of the US (featured below).

Not to forget, Fortnite has achieved this position by going into the black hole of despair a couple of months before this. Fortunately enough for the franchise, Part 2 was released and it has made the fans in the U.S. go crazy all over again.

Going further it is Call of Duty: Modern Warfare that is giving a good competition at the second spot by being the most searched game in 8 states. Whereas, the West Coast is loyal towards Dota 2, which also is the number one choice for Washington and California by surprise.

Looking at the real outliers, Alaska and Hawaii have lately been obsessed with World of Warcraft and League of Legends, respectively.

Nonetheless, there is one good fact we all can derive from the statistics and that is multiplayer games are much more preferred than single player and it is also keeping the generations of the country united. 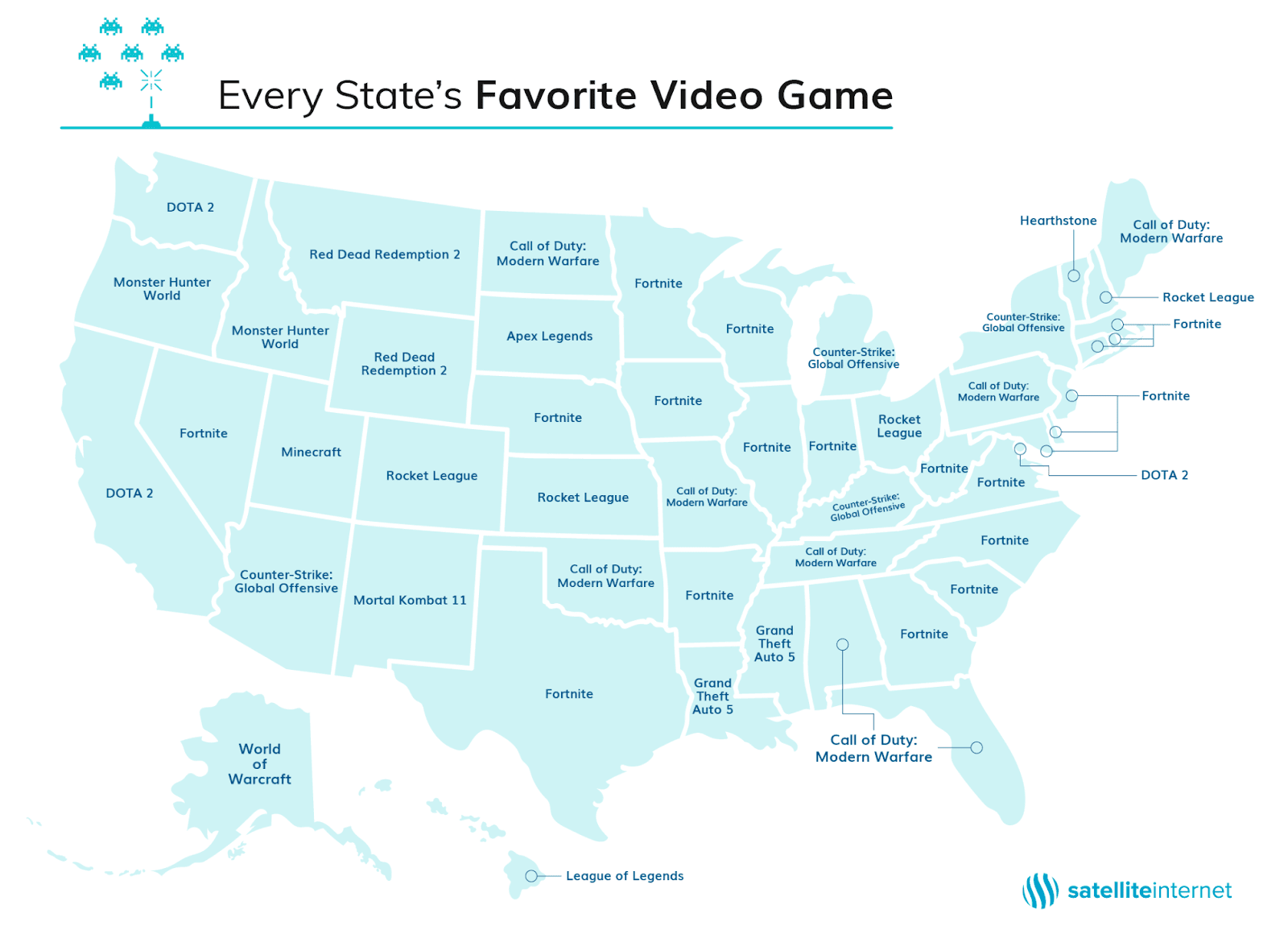 Read next: These Are the 10 Best Apps and Games of the Decade (Based on iOS and Android Stores Data)