In the last two years, we have seen the rise of a lot of Battle Royale games including Fortnite, Apex Legends, Call of Duty & PUBG. Speaking of Fortnite, the game was released in 2017 and is available on Windows, Xbox One, PS4, macOS, Nintendo Switch, iOS & Android.

Under the creative mode of the game, players can create their own island & also learn different skills. Cut to now, a lot of rumors related to the shutdown of the Fortnite game are currently flourishing over the internet. Well, all those rumors are totally unture & websites or channels which are spreading this news, are only doing it for the sake of getting attention & fetching quick views. Apart from this, there are also rumours about Minecraft & Roblox getting shut down, which are also untrue. Speaking of Fortnite, the game touched the mark of 250 million players in March 2019. Well, it is quite bizarre to think, why a game of this magnitude will shut down. 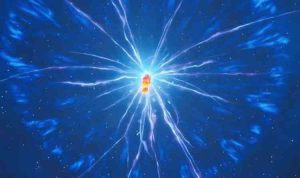 Apart from this huge revenue generation, Epic Games has also partnered with big franchises & celebs including Marshmello, Netflix & Avengers which has further increased the popularity of the game. In December 2019, Will Hershey, CEO of Roundhill investment raised a question to Epic CEO, and asked him whether, Fortnite is a game or a platform. In response to Will Hershey question, Tim Sweeney ( Epic Games CEO) replied that it is a game but ask that question again in 12 months. He further tweeted that, more powerful creative tools are coming to Fortnite.

It means Fortnite is heading to become a platform so that creators outside of Epic can do things with the game which is currently only possible for developers. Have a look at the official tweet down below. Well, considering all these facts, the popular battle royale game, Fortnite is not shutting down in 2020. Also, we would like to inform our readers that they should not believe any false rumors & always check the official channels to verify the facts.