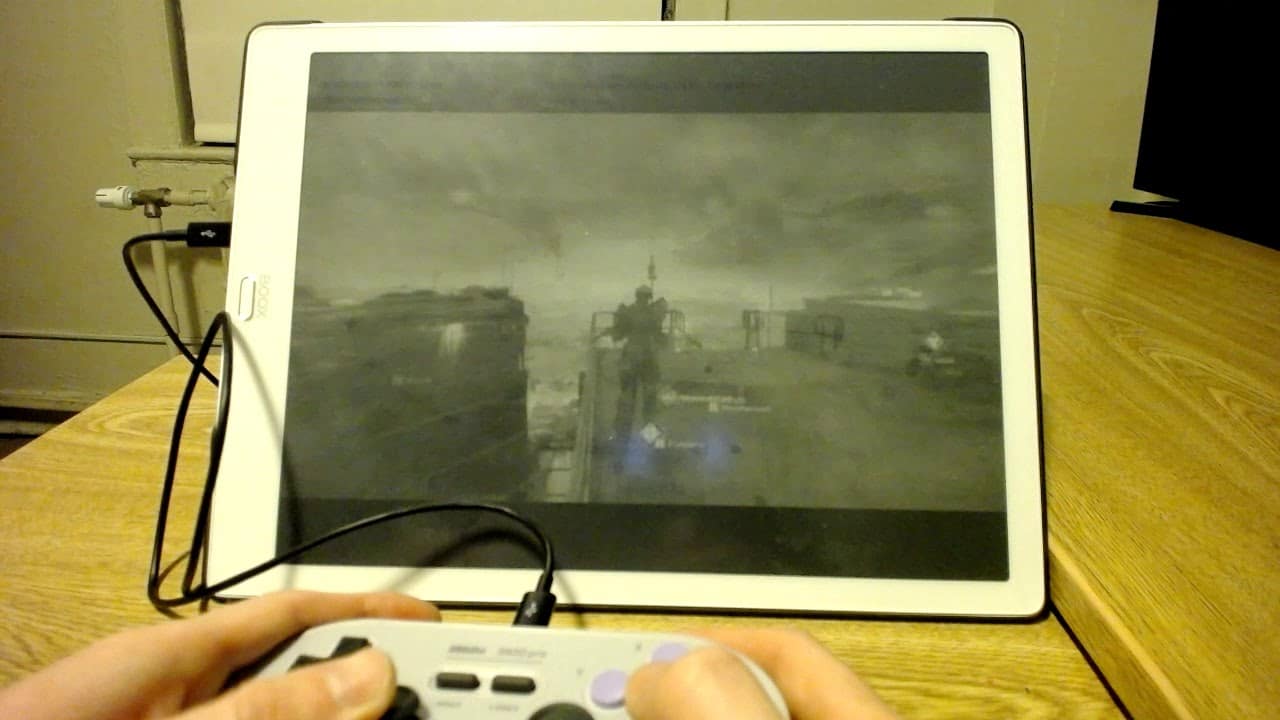 The Onyx Boox MAX 3 is a 13.3 inch digital note taking device and e-reader. It runs Android 9.0 and one of the most exciting aspects about this device is that it has Android 9 and a new feature called X-Mode, which basically dramatically ups the refresh rate so you can play games and watch videos. The MAX 3 is also compatible with Google Stadia, which lets you play modern games, with Google’s servers handling all the processing power and beaming them to you via the cloud.

Highlighted by Vice, a Danish student by the name of Sebastian Ørsted recently did an experiment with the Stadia platform. Using the Onyx Book Max 3, he was able to run Destiny 2 on Google Stadia without many issues. He estimates that lag was somewhere between 500 and 1000 milliseconds which is very impressive for an e-ink display.The MAX 3 also has USB OTG, so you can hook up a stadia gaming controller, without the need for drivers.

Google offers a Stadia Pro subscription for $10 per month, which you’ll need if you want to stream games in 4K resolution with 5.1 surround sound. A Stadia Pro subscription will also get you a complimentary game every now and then — the first one is Destiny 2 — as well discounts on all of the games in the Stadia library. A Stadia Base option is due out sometime in 2020, but as the Base option won’t have a monthly fee, you’ll have to buy games at full price. You obviously won’t get 4K, but if you hook up a pair of Bluetooth headphones, you will get great sound.