Skip to content
Android Apps
Google Maps is a revolutionary product that really helped us by making it easy for us from finding nearby restaurants and guest houses in a new location to looking for tour guides and best tourist spots all within one single app.

Being an electric car owner can be pretty hectic when you are out for a long drive and your car battery is getting low and you can’t find a nearby EV (Electric Vehicle) charging station but you don’t have to worry anymore.

Google Maps’ new update in its program is all meant to help electric car owners find the exact type of EV chargers they want for their cars without worrying about anything at all.

Now you don’t have to worry about going to a charging station but not finding the exact charger for your car as Google Maps is here to help you in the time of your need.

According to AndroidPolice, Google Maps just updated a new feature on its Android apps that enables the filtering of stations according to those that your car supports.

This means that if you are looking for a CHAdeMO station but don’t have your charger along with you, Google might just help you go exactly to the station where you can charge.

If you are an Android user and an electric car owner, then you can find this option in the settings of the app with the name ‘Electric vehicle settings’ which can be used as a plug preference in your search for electric stations.

This addition in the options is a step by Google towards a more promising future as carmakers will be introducing more of their lineups in the coming years which means majority of the users will want to use these kinds of tools in their navigations apps so that they can have it all done more easily and within one place.

This new addition in the Android version is no doubt a great initiative by Google and we are really looking forward to its addition in the iOS version as well so that users of both generations can get benefit from this new feature. 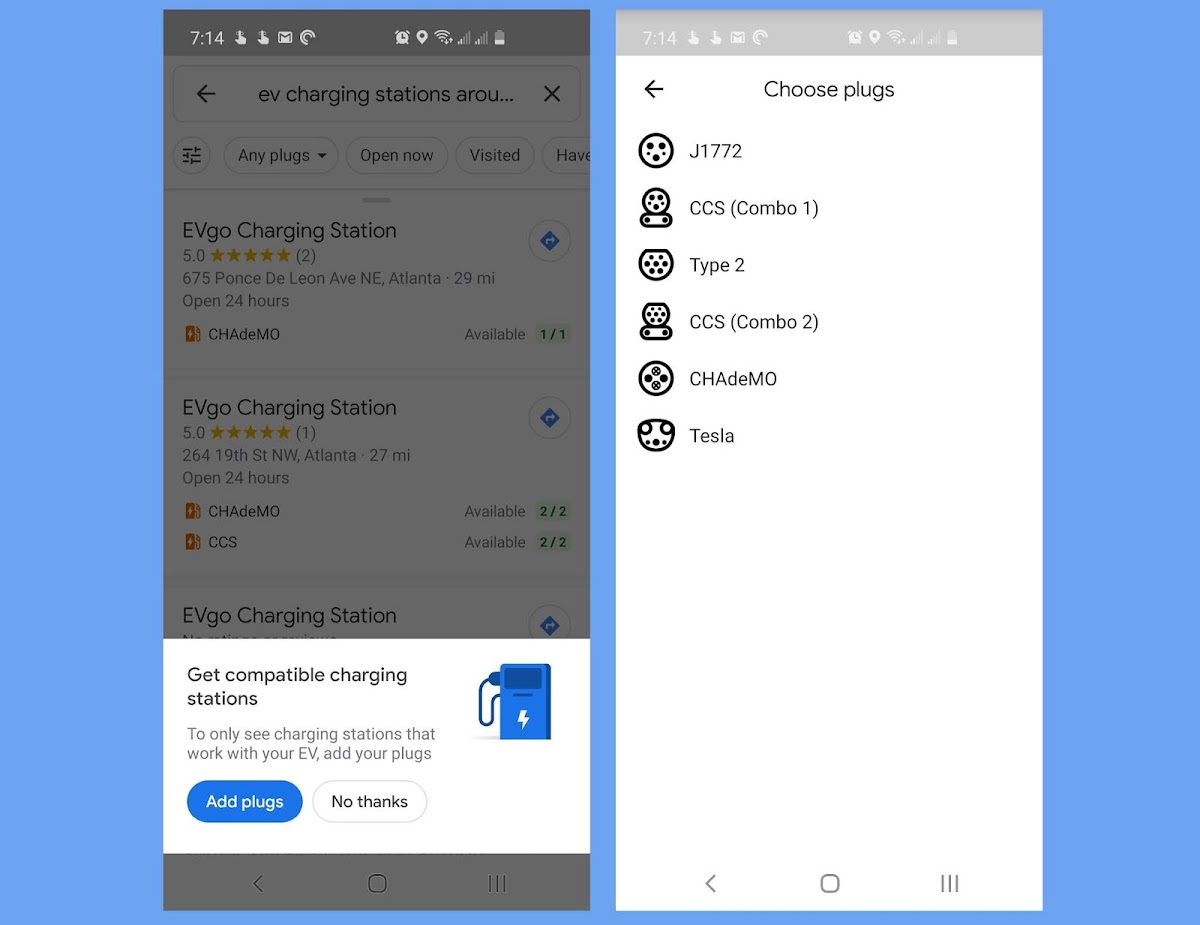 Read next: Google Maps has saved more than 10 million miles of Street View imagery – a distance that could circle the globe more than 400 times!