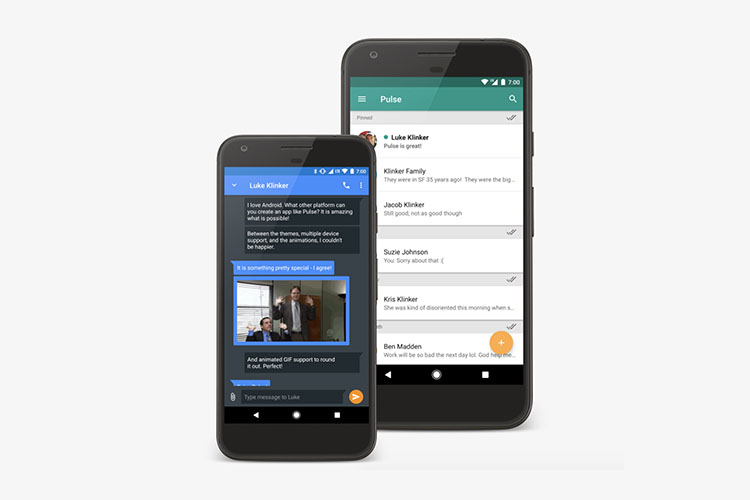 Klinker Apps has released the full source code of its popular messaging app, Pulse SMS, on Github. Today’s announcement pertains to the Android version of the app, while the versions available on other platforms, including the web app, iOS, Windows, Chrome and Tizen were already open source before today’s announcement.

While the move has led to some speculation about whether the developers are abandoning the project, Luke Klinker, the founder and lead developer of Kilnker Apps, the company behind Pulse SMS, dismissed any such notion. In an official blog post announcing the news, Klinker said: “The move to open source is simply the next step in the growth of the project … My development work and ownership of the project obviously doesn’t stop here!”.

According to him, releasing the source code will lead to more developers contributing to the project, possibly bringing new features, faster bug-fixes and most importantly, enhanced security. “I always do my due-diligence before releasing anything, but more hands and more eyes means that you can have a more stable experience, with a wider range of features, and a larger contributor base. It is a win-win across the board”, he said.

Originally released in 2016, Pulse SMS has gone on to become one of the more popular third-party SMS apps on all platforms, with Klinker Apps claiming that the software has “millions of downloads and hundreds of thousands of daily active users”. The app brings many cool and unique features which can enhance your messaging experience, including the ability to schedule text messages, although, it’s now available in the default SMS apps on Android handsets from a number of companies, including Samsung, Xiaomi and LG.